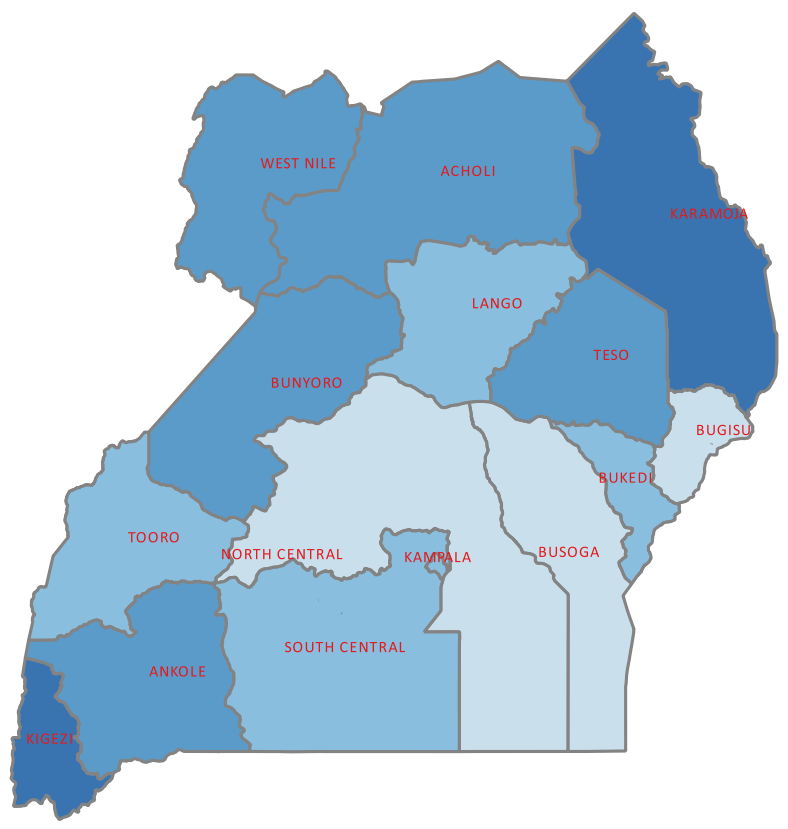 Several national surveys are undertaken in Uganda, these include but not limited to Uganda Demographic and Health Survey (UDHS),Uganda National Household Survey (UNHS) also referred to as Uganda National Household Budget Survey, National Labour Force and Child Activity Survey, Malaria Indicator Survey, National Service Delivery Survey, Uganda Business Inquiry, etc. All these surveys are designed to provide estimates for i) the whole country, ii) urban and rural classification, iii) for sub-regions which have now increased to 15 from the previous 10, iv) and in some cases PRDP districts and mountainous areas. The sample in these surveys is designed to be representative of the sub-regions and in some cases locations of interest for example PRDP districts.

The planning and administrative units in Uganda are districts, that means that providing estimates at district level would be the most desirable thing for the planners and administrators of these units. However, the costs involved in collecting data that is representative at district level is rather prohibitive, this therefore forces UBOS to balance between providing estimates or high-level aggregates based on the assumption that all districts in any given region/ sub region are homogeneous, which is not the case. 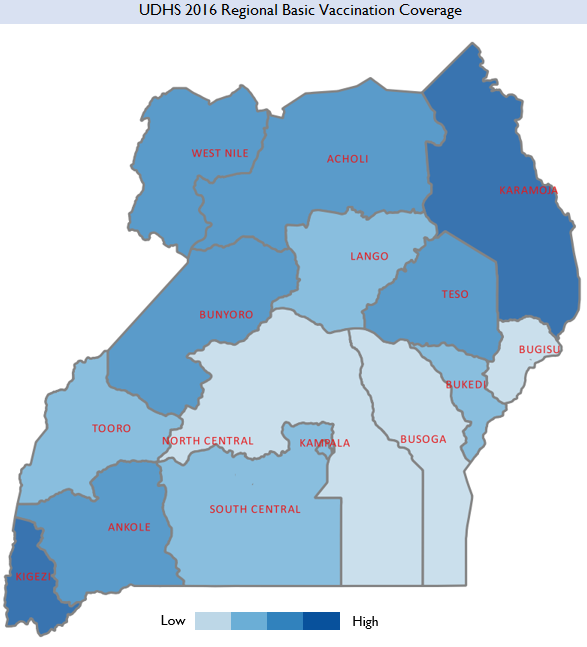 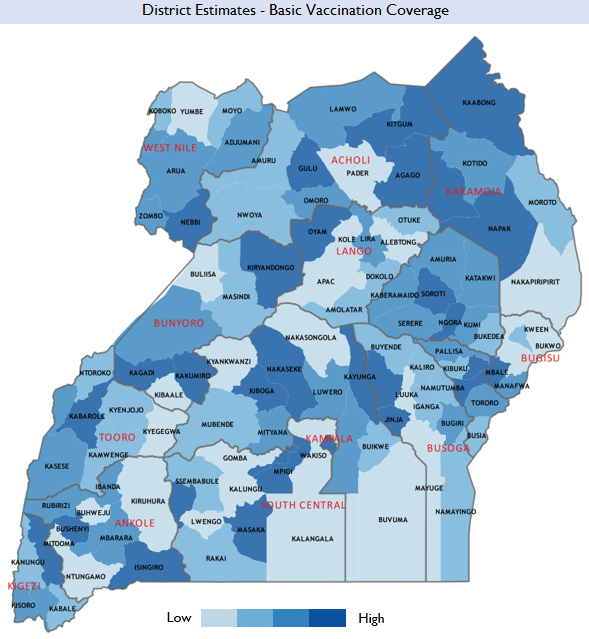 District league table provides us an opportunity to understand and rank the district performance within a region/sub-region and even explains why different regions improve, stagnate or regress in terms of their outcome status. The use of such rankings is intended to support a multi-faceted analysis of district and sub-national relations and not to make empirical assumptions about which districts are high or low about the outcome of interest. Secondly, it provides an evidence-based case for decision and recommendations that district planners and administrators can use in the absence district specific estimates.