Uganda hosts an estimated 1.4 million refugees. It is Africa’s largest refugee hosting country and one of the top five worldwide. Throughout 2017, Uganda responded to three emergency influxes with refugee coming in from South Sudan, Democratic Republic of Congo (DRC) and Burundi. In the past, refugees have also come from several other countries like Sudan, Ethiopia, Rwanda, Somalia, and Eritrea.

The featured interactive visual below depicts the movement of refugees from countries of origin to various districts in Uganda. Click on a country of origin or district of settlement to view the flow/movement in numbers of refugees.

70% of the refugees in Uganda originate from South Sudan with settlements concentrated in the West Nile Sub Region. 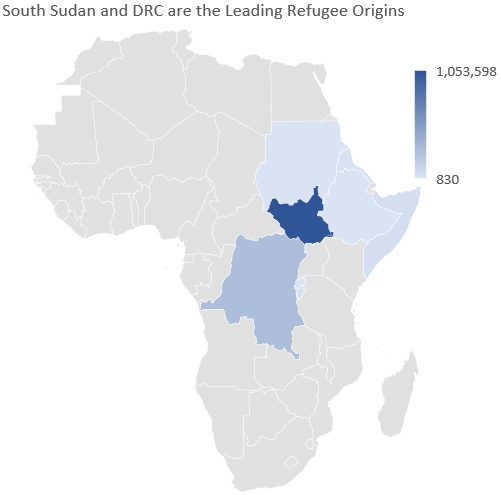 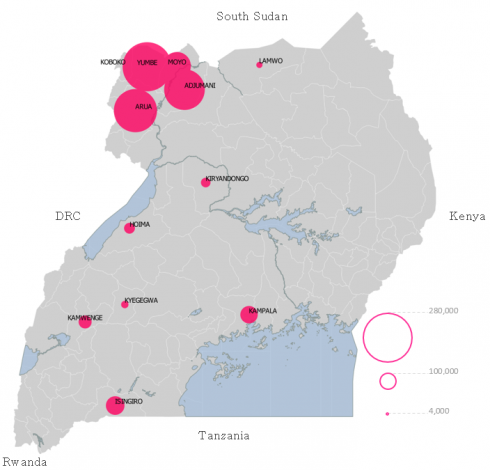